This article describes the previous, largely obsolete version of Serdolik. For the current version, see Serdolik (2018).

Serdolik[1] (Russian: Сердолик, English: Carnelian) is a proprietary communication system, used exclusively by the Russian diplomatic service. Previously their main communication mode, this version of this system has been largely succeeded by Perelivt.

Links are established by scanning 3 duplex channels in a loop, for 30 seconds each, until a timely response is received. On each frequency, a sequence of two tones is transmitted, representing the calling station's numeric address. 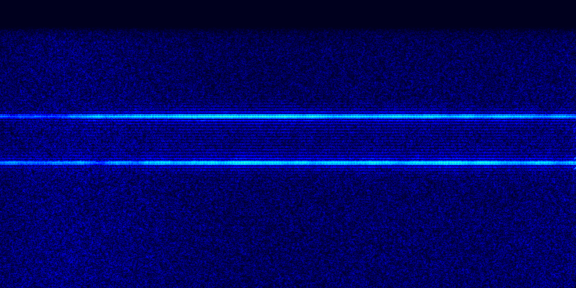 By default, an established link is in the command state, using 34-tone 40 Bd MFSK modulation. During idle periods, a repetitive control sequence is transmitted:

In the traffic state, 3 different speeds are supported. 200 bit/s uses MFSK modulation, while 1200 and 2400 bit/s use OFDM instead. The symbol rate of all waveforms is 40 Bd.